Bugs, Beasts & Biscuits - Penzance Press - Publisher of Fun Books for Children including The Boy with the Saucepan Hat 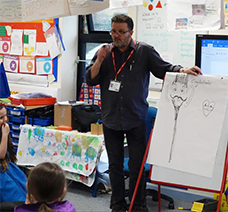 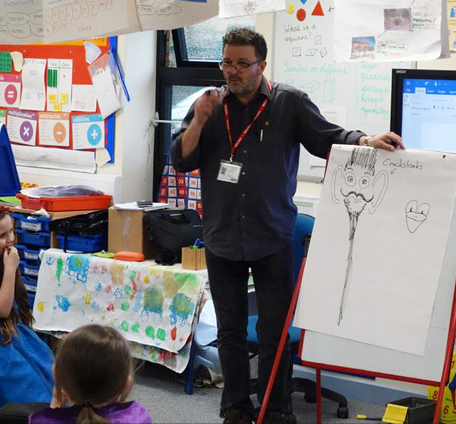 During the 2020 Coronovirus Lockdown, Martyn has worked with Schools and Charities to help entertain kids and parents stuck indoors - and schoolchildren whose daily routine has been so seriously disrupted.

In partnership with the Viking Academy Trust in Ramsgate, Thanet (Kent) we worked to produce a series of home/school online workshops, which culminated in the production of a 6-part series of videos on the theme of "Bugs, Beasts and Biscuits". We also ran a Poetry Writing Competition to run alongside this and the whole thing was very effective.

"Perhaps the most rewarding thing to come out of this, for me," (says Martyn) "...was to hear of a number of children who had been very reluctant readers - who had 100% engaged with the videos and the challenge, and who then demonstrated that, despite their own previous reluctance, actually had very exciting, colourful imaginations!" 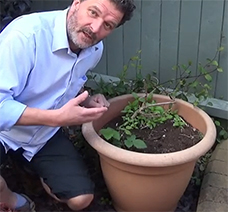 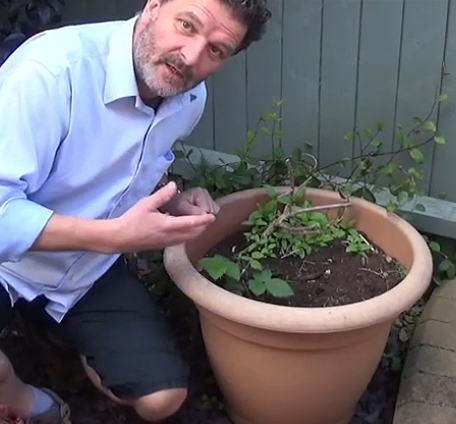 "Apparently, there were a couple of children who (their parents told us) struggled to write even a couple of sentences yet, in response to the fun approach to poetry I put across, became more confident and engaged - and produced some really great work!"

Martyn is currently available for Zoom workshops and readings. We are also working to upload a collection of poems for teachers to use in class or online. 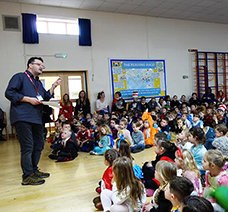 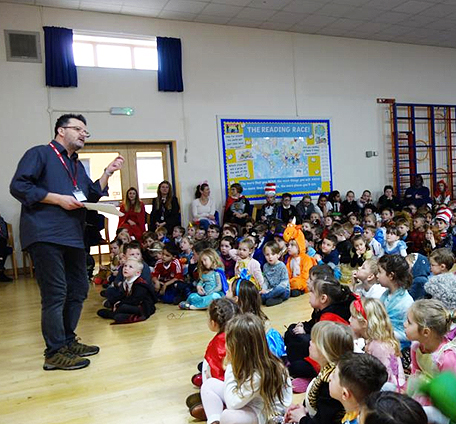 Martyn is also working on a series of "How to Draw..." videos, aimed at encouraging kids to believe in their own abilities with simple to follow instructions on how to draw stuff!

These videos were developed with the collaboration of teachers and pupils of the Viking Academy Trust schools in Ramsgate, including Chilton Primary School, Ramsgate Arts Primary School (Ramsgate) and Upton Junior School, Broadstairs, in Kent.

Each video features an engaging or funny opening sequence; an intro by Martyn followed by a reading of the featured poem (eg: "The Wurm") by either Martyn or a colaborating teacher.

Most videos end with a funny "out-take" or silly sketch, so make sure you watch until the end. Some of these videos also include "How To..." sections giving insight into Marttyn's illustration style and methods.

Join Martyn and his little firend, William F., as they venture into the dappled shadows of Eastham Woods, on The Wirral in search of... The Millipede!

Luckily, they find a few (as well as some other mini-beasts and bugs) and even though they seem a bit sleepy, they manage to stir them into life and watch as they glide effortlessly through the undergrowth on their many, many little feet.

In this episode, Martyn takes us through the steps to draw, ink and paint his millipede cartoon - which will eventually go into his new book "Bugs, Beasts & Biscuits" (due out Spring 2021).

If you love drawing and want to learn a few tips, this is the one to watch!

Earthworms do wonders for the environment in which they live - enriching and ventilating the soil through which they burrow. But (it turns out) not everyone likes them!

Joined by Mr McAuley (reading Martyn's poem "The Wurm") in this episode, Martyn then goes in search of the infamous and legendary "Enormous Eastham Woods Wurms"... and finds - they're even bigger (and scarier) than he thought!!!

OK, if you like WURMS - you're going to LOVE this one!

Using sound effects and choice, juicy, slippery, slimy words, Martyn takes us on a voyage of discovery... about the humble garden slug! Also, if you like taking things sloooowlyyyy... then this is great! Enjoy!

Oh... and watch out for the unexpected (funny) last scene!!

Deep in the dark, damp, sunlight-dappled depths of Eastham woods, we find the Weevil family, chomping away on some nice, rich rotten wood!

Martyn takes a little excursion into the woods to see if he can spot some weevils, as the subject of his poem "The Weevil" (soon to be published in his collection "Bugs, Beast & Biscuits" (Penzance Press, Spring 2021).

Well, he doesn't see any weevils but... apparently, they see him!

Not for the squeamish!

Watch and listen as Martyn reads one of his favourite poems - about a rascally, murd'rous spider who, one fine September afternoon, traps and eats a "harmless" fly"!

Set in a courtroom, where the other little bugs sit in the jury box, listening to a pompous barrister try to wheedle a confession out of the spider! But the spider is no fool and, with wile and wit, manages to change the judge's opinion and get the case thrown out!

All good so far but, now he's free... who else does the spider have his eye on!

FREE Stories to listen to...

When Grandad starts spending a lot of time down at his garden shed, everyone wonders what he's up to? Eventually, he reveals the contraption he's been building, late into the night: A marvellous, wonderful giant balloon - in which he intends to ride up to the Moon!

A heart-warming story about an eccentric inventor and his final attempt to realise his dreams: "Never give up!" he cries as it lifts off.

Written in October 2011 (long before the famous John Lewis advert featuring a elderly, lonely man alone on the moon, looking back at a family at Christmas on Earth) Martyn says he can't help feeling, sometimes, that someone from the John Lewis creative team has been plundering his facebook page!

Bored? Nothing to do? Spend some quality time colouring and reading. These great black & white colouring sheets are based on scenes from our books, so if you love the books, make the fun go even further with these!

from The Boy with the Saucepan Hat...

We're working on lots more Colour & Read sheets for kids to enjoy. We hope to have a lot more for you in the next few weeks but here are a few from The Boy with the Saucean Hat, for now. We hope you enjoy! (And don't forget to sign up for the Newsletter, below, so you know when they're posted here!)

The Doc is confused...

"What have we here?" he said. "Were you trying to cook your own head?!" The saucepan shook slowly from side to side…

"Perhaps we should make perforations"

(he said) "…for his hair to grow…that would be wise!" The nurse picked up the drill...

This one proved to be enormous fun when we did school visits in March 2020, as part of World Book Day.

Using any combination of eyes, noses and mouths (not to mention the funny ears and hair) why not explore the characters in your mind with this simple-to-use drawing sheet?

Hey Parents and Kids! We're going to be uploading some great, FREE downloadable things for you to print, colour and do, including:

Want to learn to draw?

We're currently recording a series of "How to..." videos showing you how to draw things like:

We're going to be uploading these vids and pictures to Facebook and Instagram. The facebook page "Martyn Harvey The Poet" will feature more of Martyn's poetry, videos of readings, "How To..." drawing and painting demos and blog posts following the story of publishing the books. 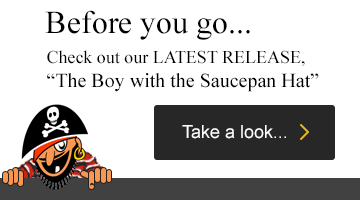